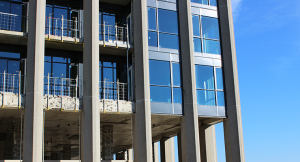 TORONTO – According to condominium market research group Urbanation, 2015’s second quarter proved to be a lucrative one for new condo sales in Toronto. The group’s recently-released Q2-2015 market results reveal a full 56 per cent of the 5,737 condominium homes launched during the second quarter were absorbed before it ended, reflecting a two-per-cent increase […]

TORONTO – Situated conveniently between trendy Liberty Village and Toronto’s bustling South Core, Concord CityPlace is already one of the Toronto’s most recognizable high-rise communities – thanks in large part to investor-friendly projects such as FWD Condominiums. With an enviable location just a stone’s throw southeast of Toronto’s Fort York National Historic Site, Newton is […]

MARKHAM – The final months of 2013 were strong ones for sales in the GTA’s high-rise real estate sector, as condo apartment sales in the year’s fourth quarter (Q4) increased by an incredible 21 per cent over the same period in 2012. The Toronto Real Estate Board (TREB) reported in January that across their jurisdiction, […]