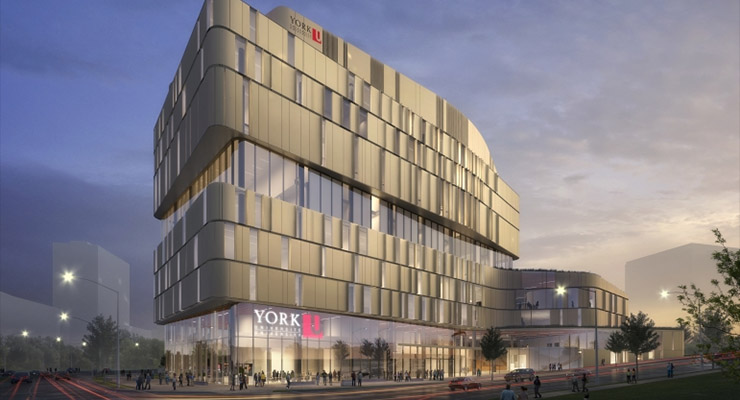 Plans for the York University and Seneca Markham Campus were put in jeopardy Tuesday after the provincial government announced that it will cancel government funding for three post-secondary campus expansions.

In total, around $307 million in funding will be cancelled, leaving big question marks over the planned developments. The three projects affected are the York University and Seneca Markham Campus ($127 million), a Wilfred Laurier University expansion in Milton ($90 million), and a Ryerson University campus in Brampton ($90 million).

The announcement was made as part of the efforts to reduce the government’s deficit, with Training, Colleges and Universities Minister Merrilee Fullerton stating that the decision will “help make government more effective and efficient.”

While the Milton and Brampton projects were still in the early stages, the York University Markham Campus was well underway, having been approved in 2015. With the design and planning phases already completed and land transferred for the site of the campus, construction was expected to begin later this fall. However, those plans are now in doubt following the withdrawal of almost half of the funding for the development.

The campus was scheduled to open in Fall 2021 and would eventually offer 20 degree programs to around 4,200 students. However, with $127 million in funding removed from the $253 million project, there is now a big shortfall that must be covered if the project is to continue.

Despite the setback in funding, York University’s president and vice-chancellor, Rhonda L. Lenton, and Seneca College president David Agnew, seemed steadfast in their resolve to get the project completed. In a joint statement released on Tuesday following the government’s announcement they stated:

“The Markham Centre Campus project is already well underway, with the design and development planning phase completed. The procurement process to secure a construction firm is nearing completion and construction was set to begin later this fall.

“We have worked closely with our external partners – including the City of Markham, York Region, the provincial government and private-sector partners – to take the necessary steps to ensure the campus would be ready to welcome students into a suite of leading-edge, entrepreneurial and career-oriented programs in Fall 2021. We thank all our partners for their commitment and contributions, and for their unwavering support to bring this project home for York Region.

“Given our combined view of the importance of this campus for the economic future of the Region and for the students who are seeking access to new higher education options close to home, we are committed to working with all involved to determine if there is a path forward that will still meet the post-secondary education needs of York Region and its residents.”

With such determination, it seems that all may not be lost and the campus may still go ahead. However, it will require major funding from elsewhere, with extra investment from the City of Markham and York Region needed as well as private investors. With this in mind, the next few months will be very interesting and will likely determine whether there will be a future Markham Campus of York University.