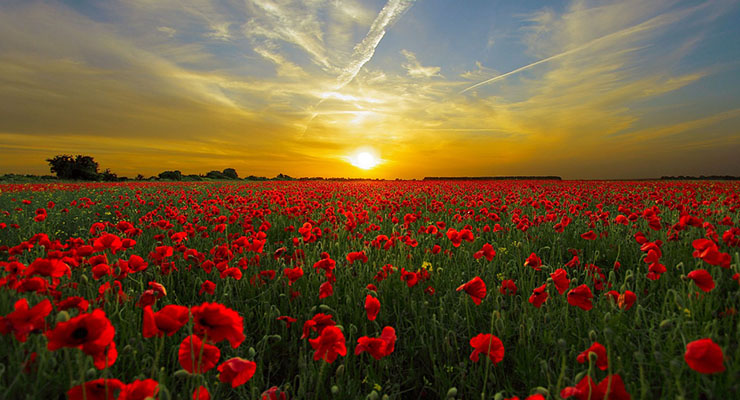 Tomorrow it will be Remembrance Day, when Canadians take time to remember those who gave their lives while fighting for Canada. It is a day of reflection when we can be thankful for the sacrifices of others that have helped create the country we live in today.

Perhaps one of the more noticeable war memorials in Toronto, the 48th Highlanders Regimental Memorial stands at the northern tip of Queen’s Park – just a short walk from the Legislative Assembly building. The tall granite column is hard to miss because of its size and distinctive look.

The memorial was constructed in 1923 and commemorates members of the 48th Highlanders – a reserve regiment familiar to many Torontonians for their service in and around the city. The regiment has a long history of service in wars, most notably in the Boer War, First World War and Second World War. As part of the design, there are inscriptions on all four sides of the column that list the names of battles that the 48th Highlanders took part in – emphasising the sacrifices the regiment has made.

Perhaps the oldest standing war memorial in Toronto, the Canadian Volunteers War Memorial was constructed way back in 1870. Also known as the Lime Ridge Monument, it can be found opposite the west side of the Legislative Assembly building, where Queen’s Park Crescent passes over Wellesley St.

The memorial is dedicated to the volunteer militia that fought in the Battle of Ridgeway (also known as the Battle of Lime Ridge) in 1866 against a Fenian army that had crossed into Ontario near Fort Erie. Among other notable facts about the battle, this was the first ever battle fought and led exclusively by Canadians and it was also the last time Ontario faced a foreign invasion.

Just a short walk south of Queen’s Park is one of the most distinctive war memorials in the area: the Canadian Airman’s Memorial. Located on the south side of University and Dundas, the memorial was constructed in 1984 and depicts a person with their hands held high, stretching out towards an eagle soaring overhead.

The memorial was the work of a Croatian sculptor called Oscar Nemon, who is famous for his works depicting Sir Winston Churchill, including a statue of the statesman in Halifax, Nova Scotia. The memorial is dedicated to the fallen men and women of the RCAF and gets its name from the air force’s motto, “per ardua ad astra” – Through adversity to the stars.

Located on the eastern side of the Etobicoke Civic Centre and visible from Highway 427 immediately south of Burnhamthorpe Rd, the cenotaph is amongst the tallest memorials in Toronto. The concrete obelisk doubles as a clock tower and is visible over a nearby three-storey building, giving it a total height of over 10 metres.

The cenotaph was built in 1968 and is dedicated to those who died fighting in the First World War, Second World War, and Korean War. It commemorates the fallen with a simple inscription that says “Lest We Forget” and then lists the dates of the conflicts

Located in Coronation Park and on the edge of Lake Ontario, this is one of the most unique war memorials in Toronto. Constructed in1995 to commemorate the 50th anniversary of the end of the second world war, the memorial is designed around the theme of peace earned through sacrifice.

The memorial is built on a concrete circle, with four bronze arcs standing in pairs to mimic the ends of a boat. On the ground, next to each pair of arcs is a maple leaf: one with the word “Peace” engraved on it and the other with “Sacrifice”. In the centre of the concrete circle are further inscriptions, showing the start and end dates of the Second World War along with the word “peace” in a variety of languages. It is a truly unique design and an excellent memorial to peace.

For the first two decades of the 20th century, the main day for memorials in Canada was February 27th – Paadeberg Day. It commemorated the soldiers who fell in the Battle of Paadeberg, when 900 Canadian soldiers helped secure a significant victory in the Boer War. People would gather around memorials and say prayers to honour the heroes of that battle and one of the main places to gather was the South African War Memorial in Toronto.

Located at University Avenue and Queen Street West, the memorial towers above the street, with an angel-like figure standing on top of a giant granite column.  At the bottom of the column are three figures: Mother Britain flanked by two Canadian soldiers. It was designed by Walter Allward and constructed in 1910 and is still the main monument I to the Boer War within the City of Toronto.

Whether you choose to visit one of these Toronto war memorials on Remembrance Day or to honour the fallen in a different way, it is important to acknowledge and respect the sacrifices that others made for Canada. Lest we forget.