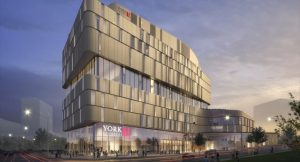 Plans for the York University and Seneca Markham Campus were put in jeopardy Tuesday after the provincial government announced that it will cancel government funding for three post-secondary campus expansions. In total, around $307 million in funding will be cancelled, leaving big question marks over the planned developments. The three projects affected are the […] 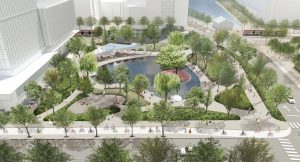 Toronto, ON – Waterfront Toronto and the City of Toronto’s Parks, Forestry and Recreation Division yesterday announced the two winners in the design competition for York Street Park and Rees Street Park. The competition was launched in February with the aim of generating “bold and innovative park designs” for a new park located at […] 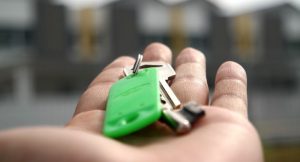 The number of sales and the average price of a home in the Greater Toronto Area both increased last month according to the latest report released by the Toronto Real Estate Board (TREB). The TREB report showed that there were 6,455 homes sales recorded in the GTA in September. That marked a 1.9% increase compared […]